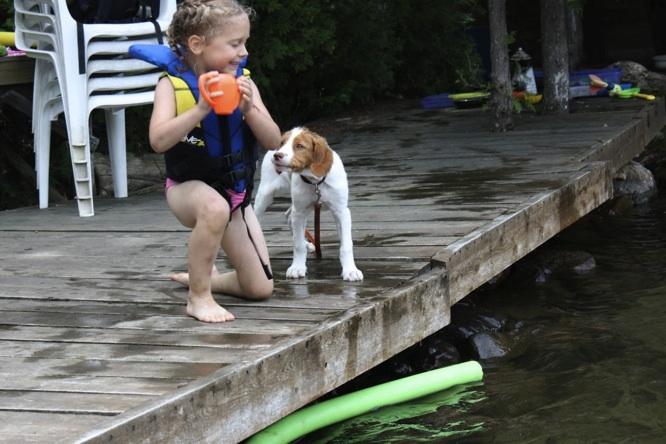 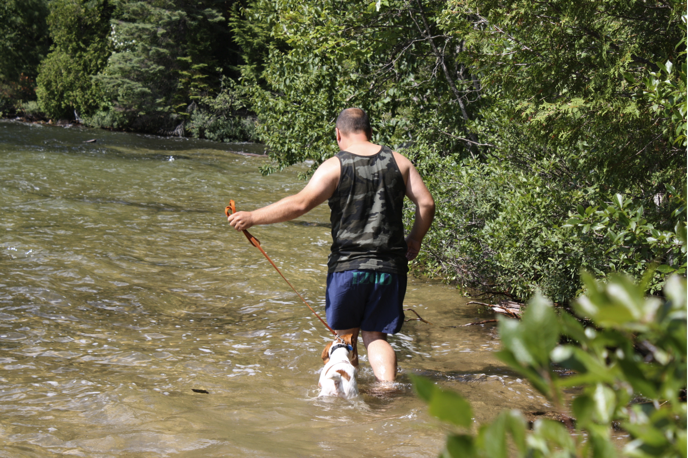 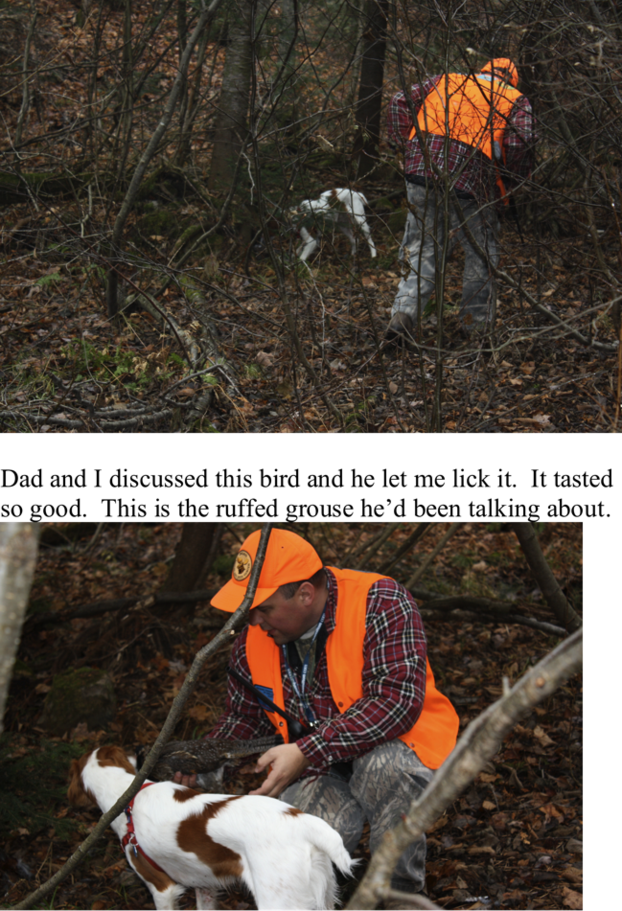 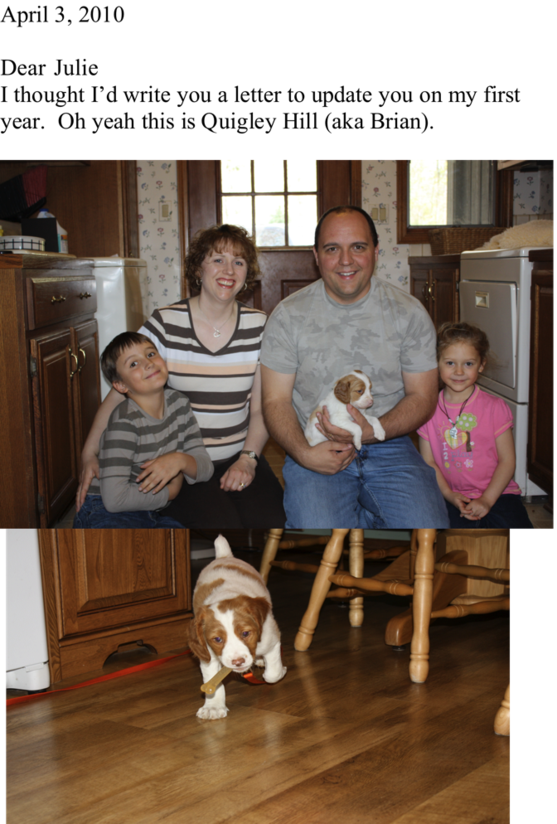 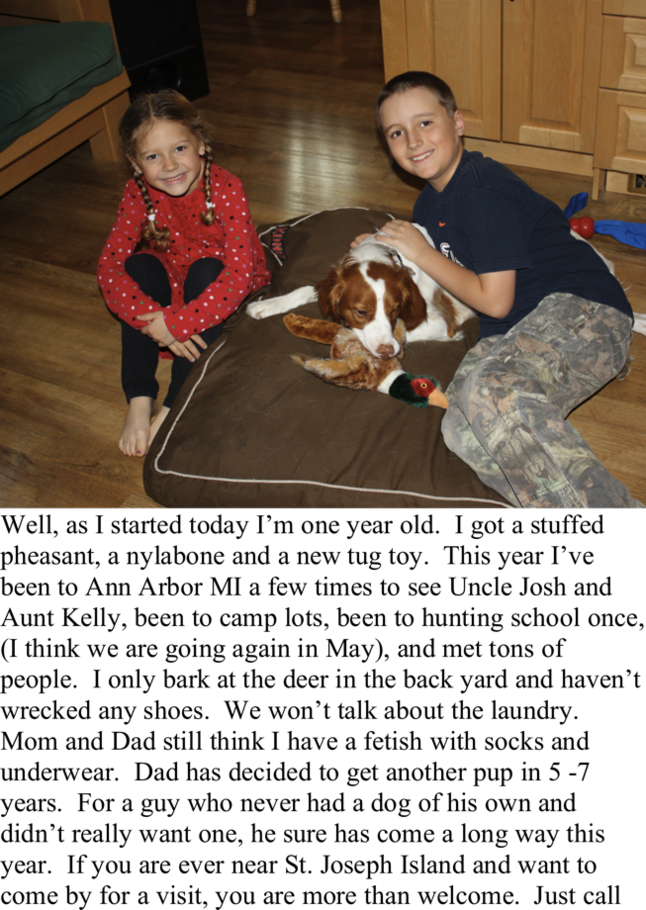 Quigley was a Breckon Puppy.  Here is a letter from Casey and one from Cooper, both Duffee Puppies

Good morning, Julie,
Casey, here.  Wow!  I can't believe it; I'm one year old today!  This year has certainly flown by, hasn't it?  I know you have other puppies to play with these days but I wanted you to know that I really appreciate the great start in life that you gave me.  I also wanted to give you an update on my life at the farm.
I really love it here!  I go to the barn to help with chores every morning and I've finally succeeded in making friends with all three of the cats who live there.  Jack was easy; he and I hit it off right away.  Primer was a little grumpy at first but by last summer, we were buds.  Callie was pretty tough, though.  She wouldn't let me jump on her (she even scratched my nose a couple times!) but I think I've finally won her over.  She still won't play with me but at least she doesn't hiss and growl every time I snuffle at her.
As for the horses, Mystar and I get along great.  He even lets me into his stall once in a while.  But I think I blew it with Marieke.  We were getting along just fine until August, when I slipped under the pasture fence and chased her.  I only wanted to play but she got really mad and now she won't let me come near her.  I've decided to give her some space so maybe we can be friends again someday.
My brother, Barney, is really cool!  He's taught me all sorts of good things--and a couple things that Mom says aren't so good.  We like to snooze together and keep each other warm, especially when Mom is working at her desk.  I follow Barney everywhere and he's mostly OK with that.  Sometimes he hides in my crate, though, and Mom says he needs some "alone time".  I'm not sure why he'd want to be by himself.  After all, I'm ALWAYS ready to play.  I guess it's a big brother thing.
I have to tell you about something really interesting that Dad and Barney and I did this fall.  It's called "hunting".  Wow!! What fun!  Dad put on a special jacket that smelled a lot like the feathery thing we played with in the yard all summer.  Then he got out this thing he calls a "shotgun".  We've played with that too.  It makes a lot of noise but I got used to it pretty quickly.  When Dad had all his stuff together, we went out behind the back fencerow--where I'm not allowed to go by myself.  What a HUGE place!  There's all kinds of trees and weeds and a whole bunch of stuff called "corn" that grows right up out of the ground. And talk about smells!  Holy cow!  I didn't know what to do first so I ran around like crazy for a few minutes.  Dad and Barney waited until I settled down a bit and then Barney showed me what to do.  We followed some trails that smelled a lot like the feathery thing from the yard.  All at once, Barney stopped and I ran right into him.  He was staring at something in the weeds so I stopped and watched it, too.  Dad came up behind us and suddenly the thing we were watching flew up in front of us.  Dad's shotgun made a big bang and the flying thing fell to the ground.  Barney and I went and found it.  I picked it up and started to run around with it but Dad said, "NO".  I figured maybe he wanted to play too so I brought it to him.  He told me I was good and then put the thing he called a "pheasant" in the back of his jacket.  That night we got a few extra bits of meat in our dishes.  It was really tasty and it smelled a little bit like that "pheasant".  What a great day. We went back out there a few more times, too, and I had a ball even though we didn't find anything.  I sure hope we get to do a lot more of this "hunting" thing!!
As for home, there've been a lot of changes in the house during the last week or so.  Mom and Dad brought some boxes out of the attic and now we have all sorts of interesting new stuff all around the place.  We even have our very own tree in the living room!! Can you imagine that?!  I'm not allowed to use it, though; I still have to go outside to do my business.  But it sure is pretty.  It has lots of little lights and sparkly things hanging on it.  Mom says it's for "Christmas".  I don't know what that means but I sure have enjoyed the cookie crumbs that Mom's been giving us lately.  Barney and I have special outfits, too.  He has a red and green bandana and I have a red plaid bow tie to wear when we have guests.  It's a lot of fun because some of the people who visit give us treats and tell us how handsome we look.
Well, I think that's all the news from the farm for now.  I hope everything is OK with you out there in Grand Rapids and if you ever get over here to Ann Arbor, please come by and visit me.  And if you see any of my litter mates, please tell them I said, "Woof!"
Thanks again for helping me find my forever pack.  Hope to see you sometime soon.
Love,
Casey 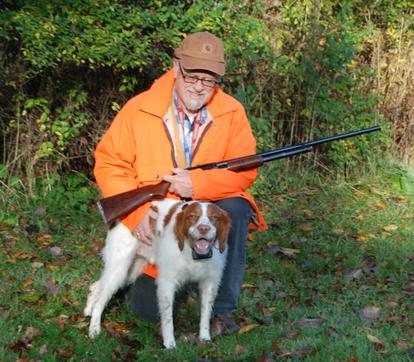 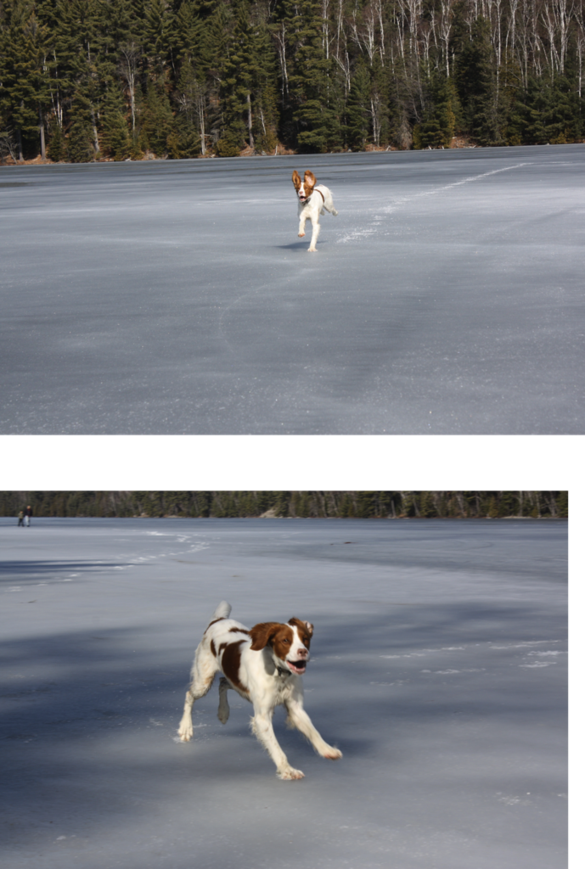 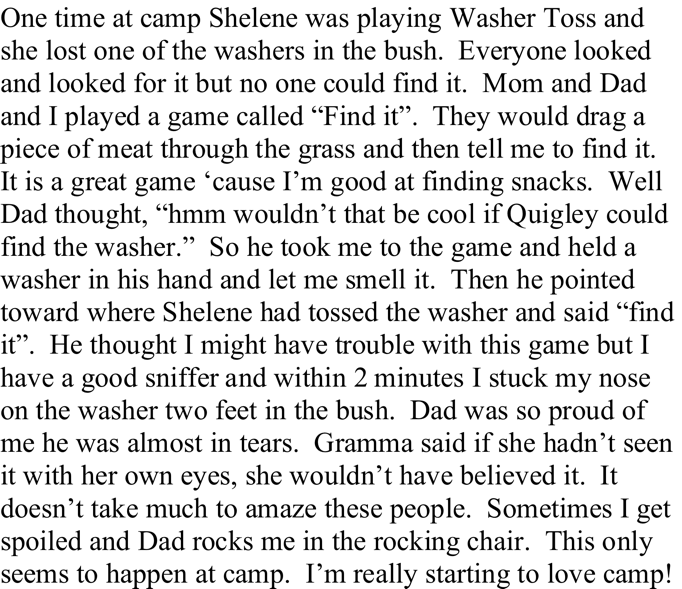 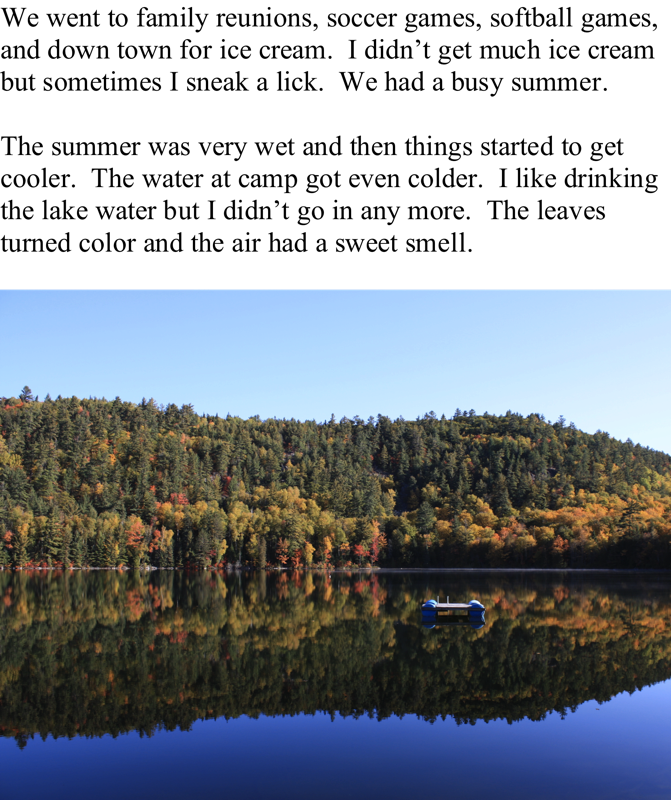 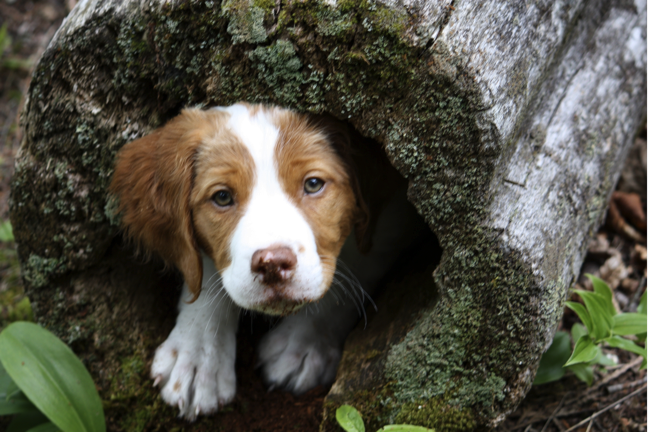 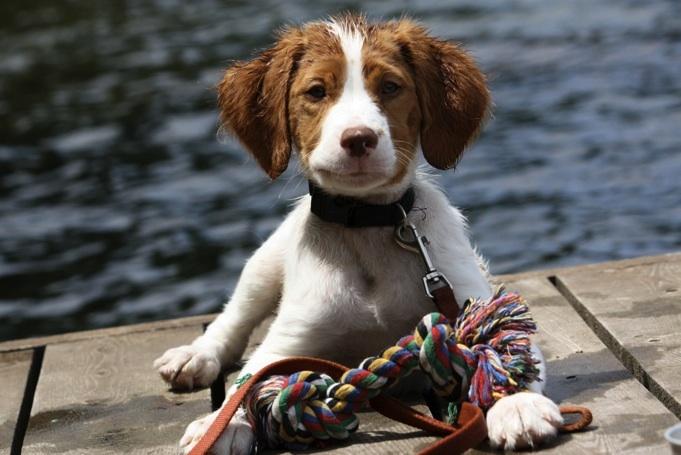 Hello Casey this is Cooper (you may remember me as Rudolph).  It is good to hear from you.  I am doing great here in Northern MI.  Kind of disappointed there isn't any snow yet but the walks in the woods are still fun.  I see at least a couple of grouse everyday.  That and chasing squirrels is my favorite pastime.
Everyone thinks I have turned out to be a very good dog.  The vet even called me a "fine specimen".  I am a bit bigger than my owners expected...I weigh almost 55 lbs.  The most frequent comment I get is that I have a big head!
I hope all my brothers and sisters are doing fine as well as my mom and Julie.  Sometimes we watch the old videos when we were pups and I still wag my tale at her voice.
Happy Birthday everyone and stay in touch!!! 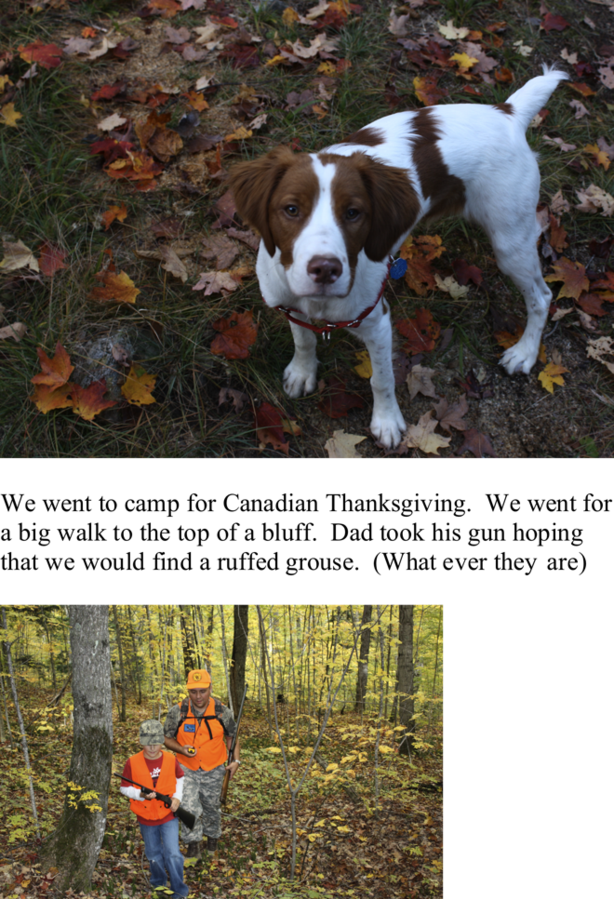 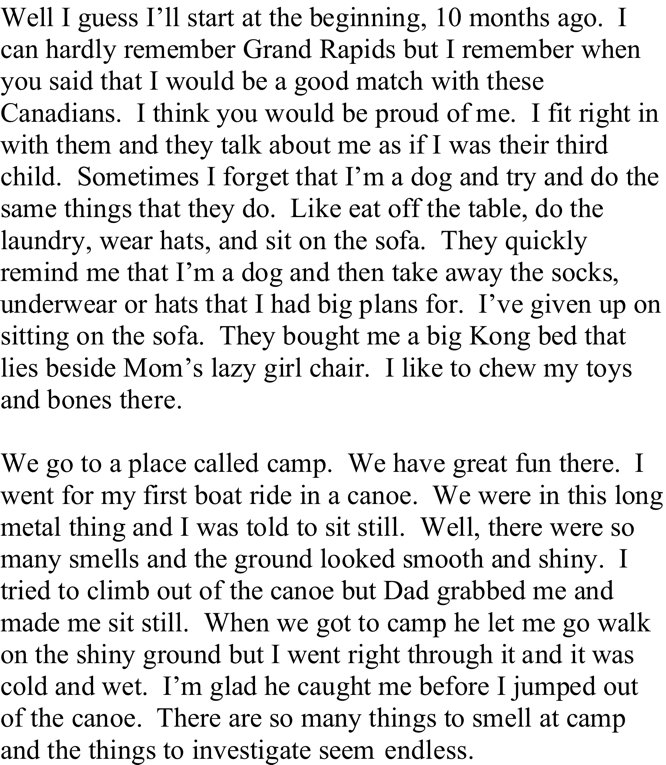 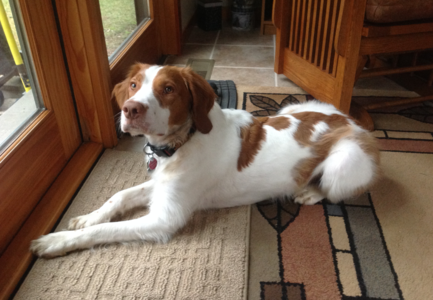 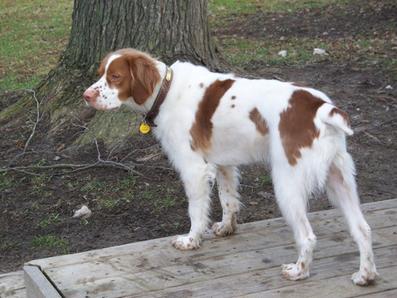 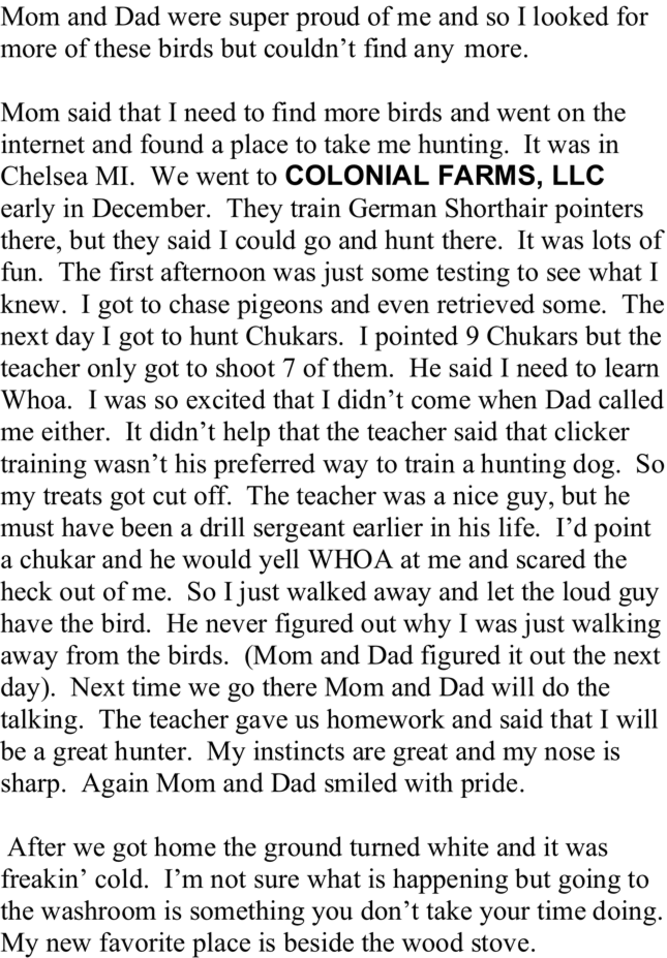 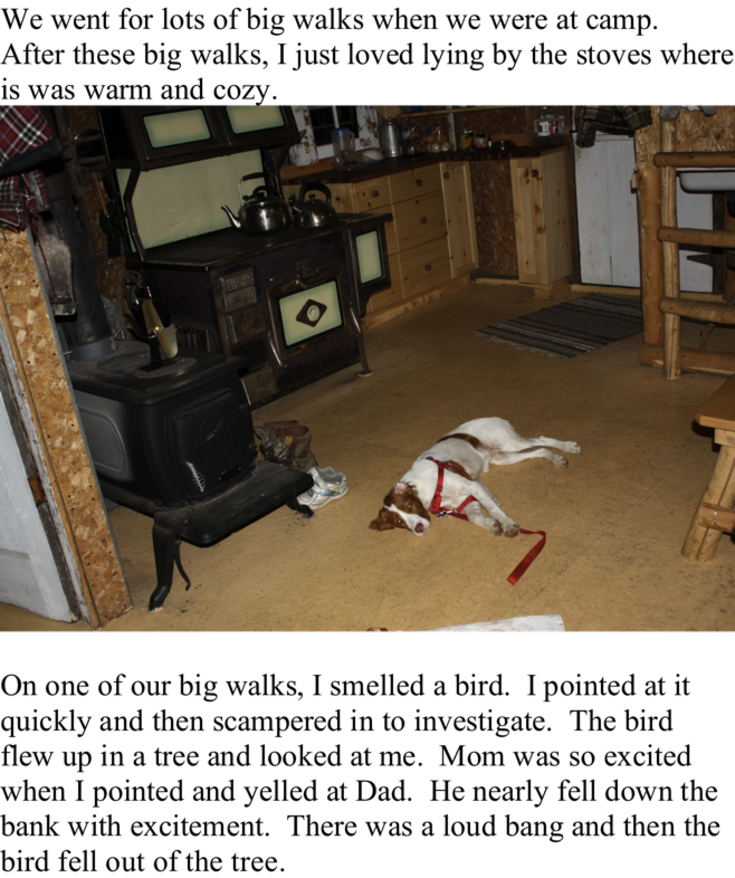 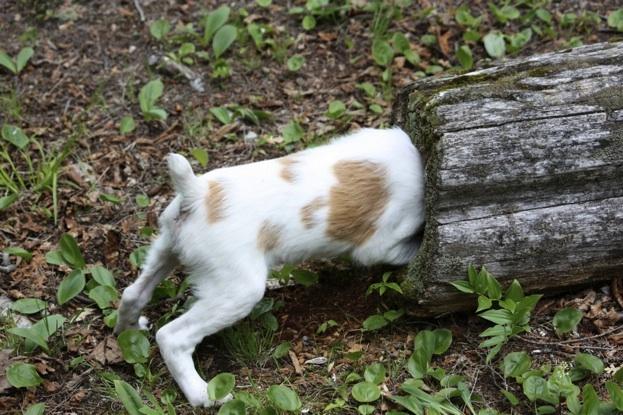 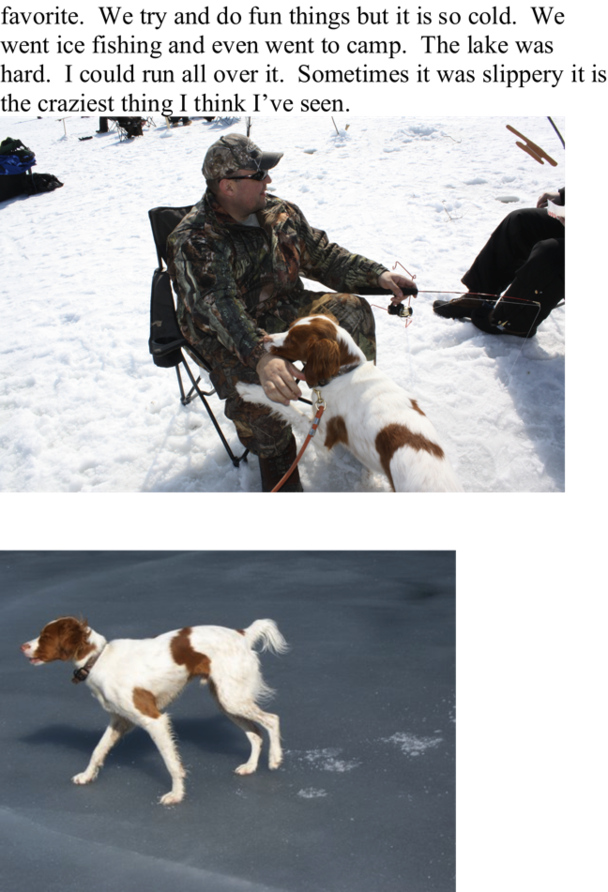 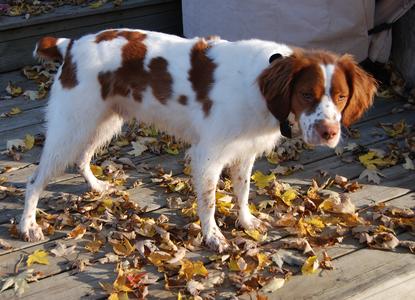 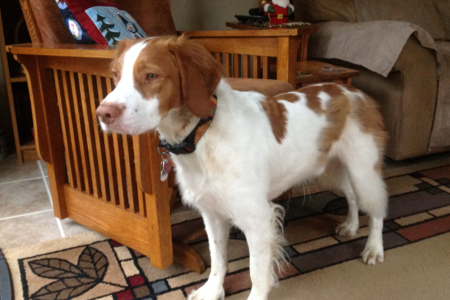 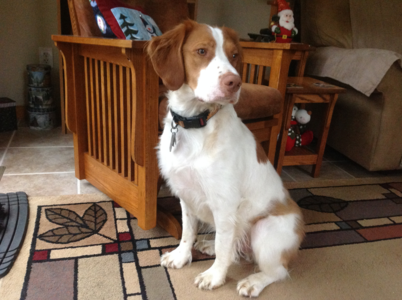 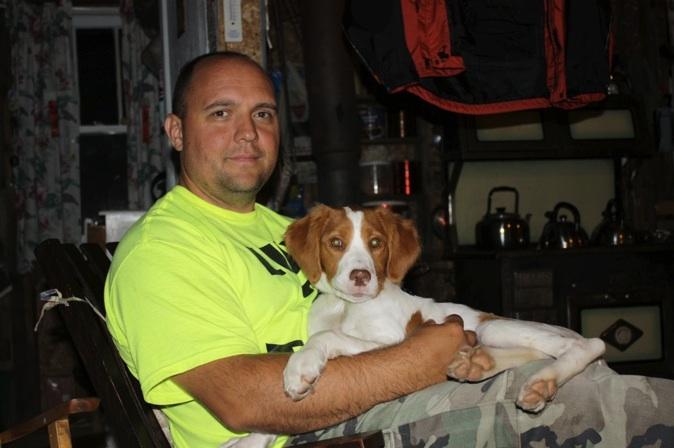 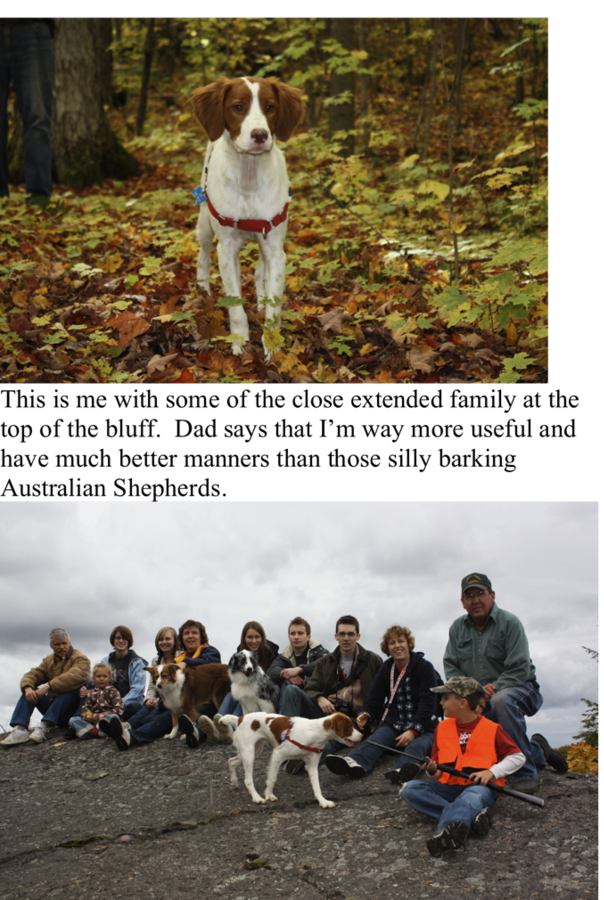 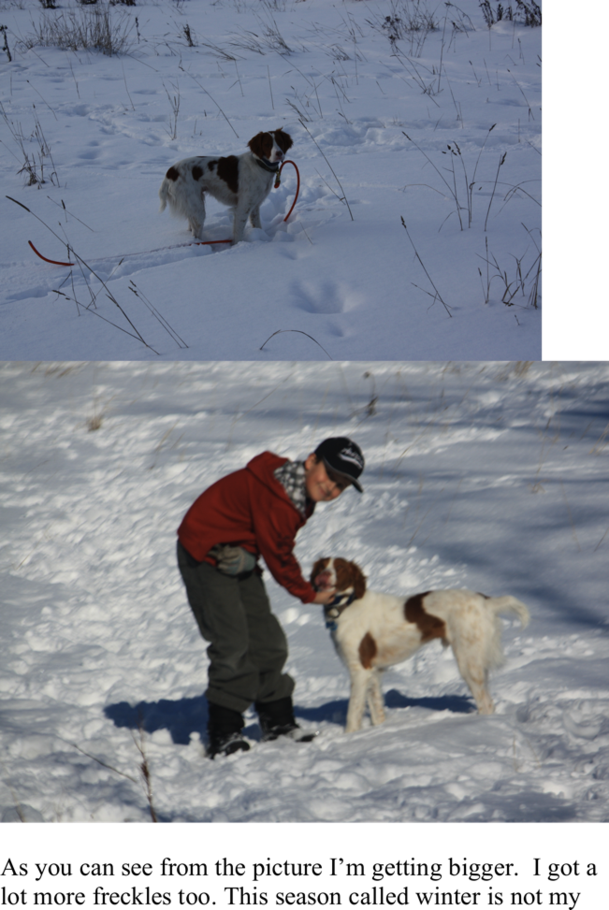