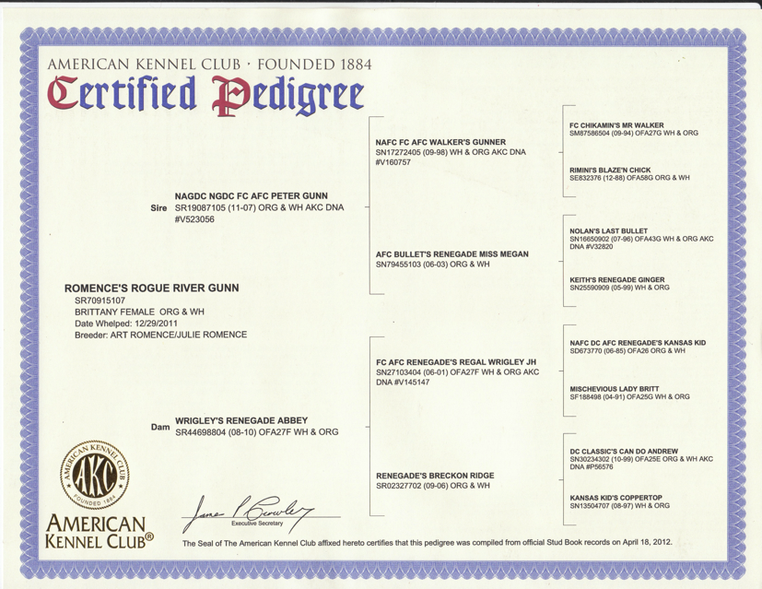 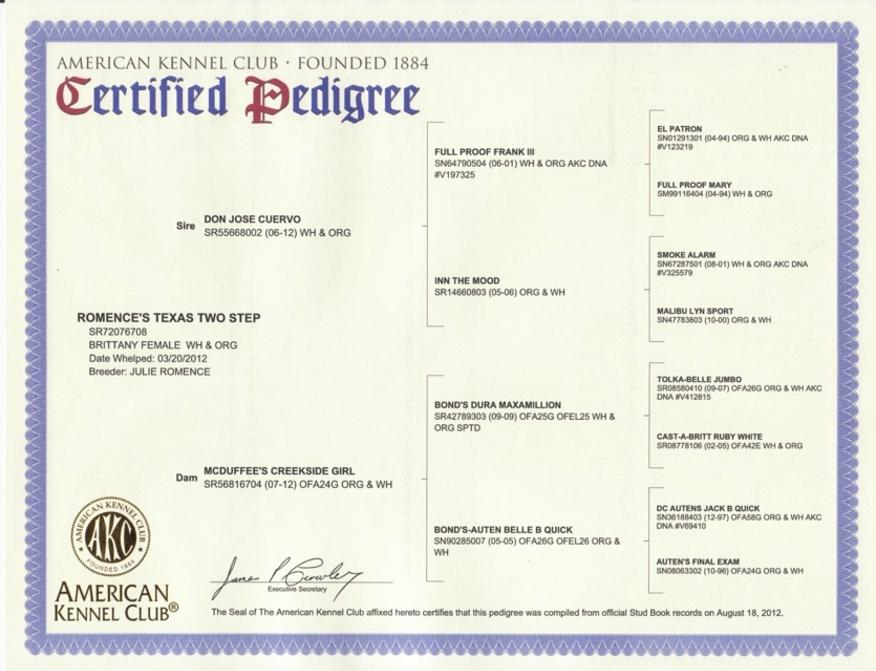 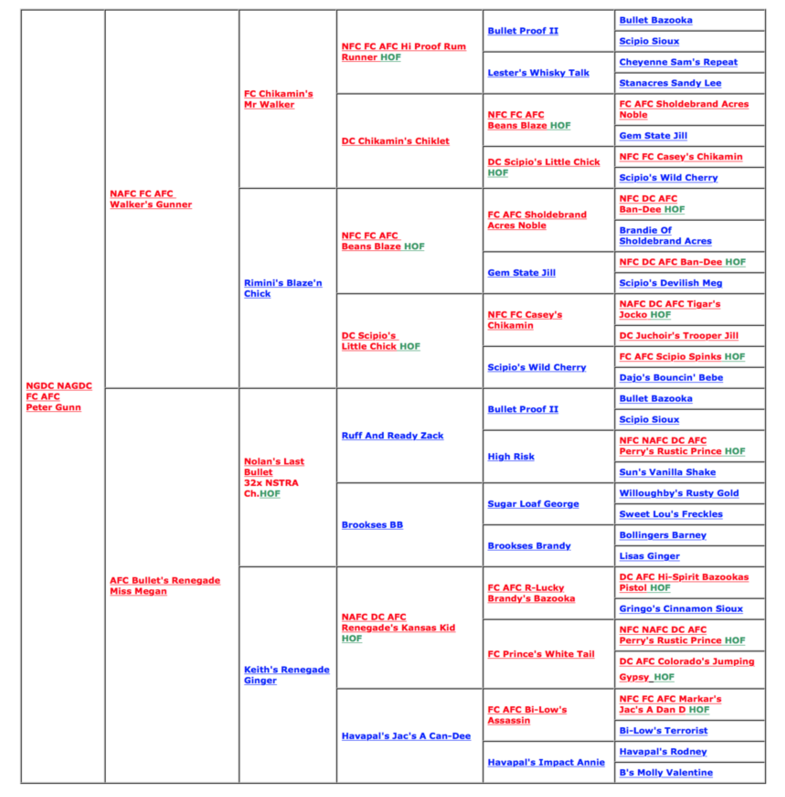 Pete's sire is NAFC/FC/AFC Walker's Gunner who was the 1997 National Amateur All Age Champion who has sired dogs such as NGDC/FC Last Dixie Chick.  Pete's dam is AFC Bullet's Renegade Miss Megan - our foundation female who is a strong hunter and qualified for the 2007 and 2008 National Amateur Gun Dog Championships. Megan's sire is 32x NSTRA Champion Nolan's Last Bullet who has more NSTRA wins than any dog of any breed in the history of NSTRA.

Pete is a very hard hunting, extremely intelligent dog with  lots of style, intensity and enthusiasm on birds.  Pete, even as a young puppy, had a beautiful and natural forward hunting pattern which has only improved with age.  He's extremely biddable and always aims to please his handler. He is a natural backer and retriever that  runs a big shooting dog race.  Pete runs edges eagerly with great determination and rarely misses a bird, which is testament of his scenting ability.   Pete is not a dog that you have to constantly or forcefully command.  He is extremely obedient and works the field with only slight blows of the whistle and he can be sent in any direction with a slight wave of the hand.  All Pete's training has been here at home with us.  He has never been down in front of anyone but me and we are quite proud of that fact.

Pete is a pleasure to train and campaign as a field trial dog.  At 19 months old (which is still classified as Derby age) in only his second run in adult Gun Dog Stakes he qualified for the 2006 National Amateur Gun Dog Championship at the spring Georgia Brittany Club Trial. We entered Pete in the National Championship that fall and at only 26 months of age he was posted at the National Championship and ended the trial in the top 6 dogs.  Pete at the age of 5 years had been posted 4 times at the Nationals and had won it twice.  He also won the 2009 Magnum's Masked Man Top Gun Dog Award which is a points based award encompassing every Brittany Club Gun Dog stake in the United States during the 2009 field trial season. In 2010 he suffered two non-productives to end his strong bid to win that running of the National Gun Dog Championship.   In 2011 he bested the field at the Southeastern Continental Breed Shooting Dog Championship - he is only the second Brittany to ever win this championship.  Pete made history again in 2012 by winning the Tri Tronic's Top Shooting Dog Award and becoming the first dog to win every National Brittany shooting dog/gun dog title/award.  Pete is the only Brittany to win two National Championships in the same year All Age or Gun Dog.  Additionally in 2012 Pete was posted at the ABC National Amateur All Age Championship which is a further testament to the versatility of this great dog.

Pete is what we believe a bird dog should be: forward, biddable, excellent nose, natural retriever, natural backer with plenty of run.  Pete is also every bit as good as a pet: affectionate, level headed and loyal with enough personality to bring a smile to everyone he greets.  He is the mascot of Carter Veterinary Clinic and goes to work every day.  In the field, at home, or at work, Pete is a ONCE in a lifetime dog we couldn't hope to have another like this! 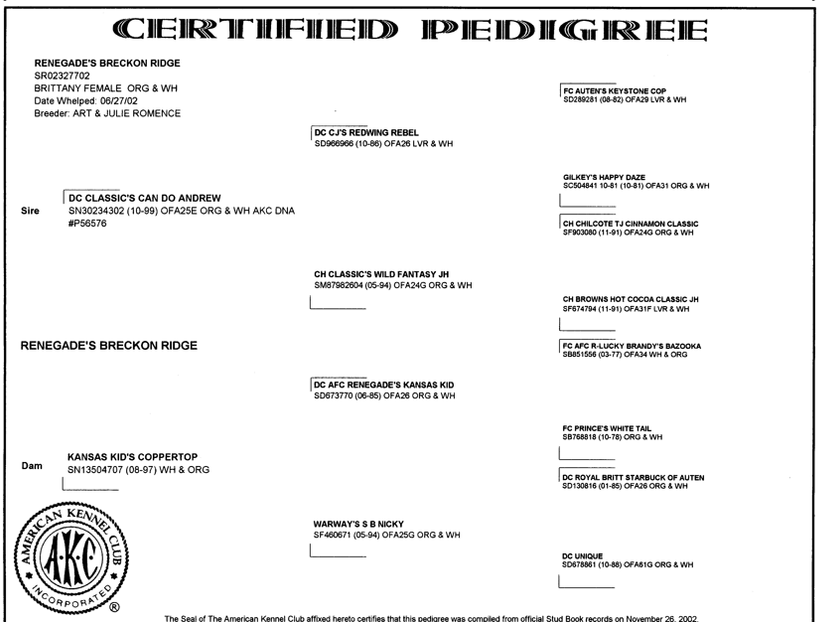 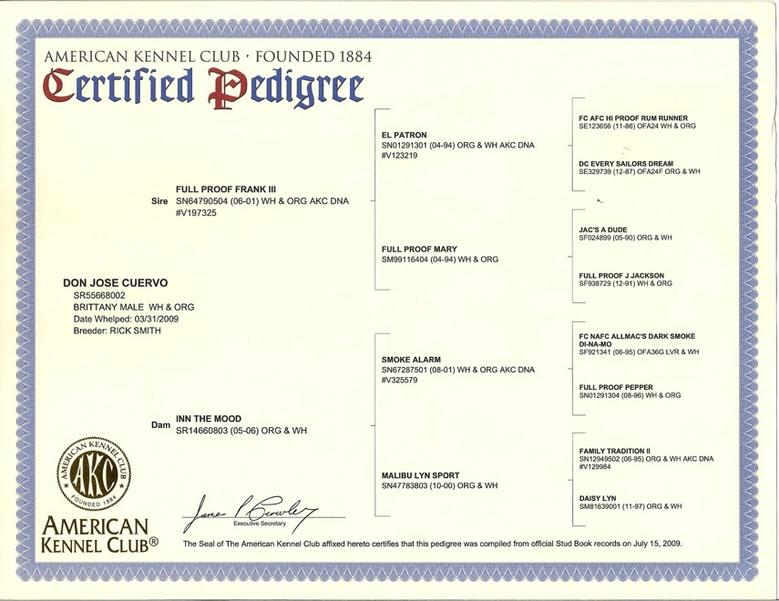 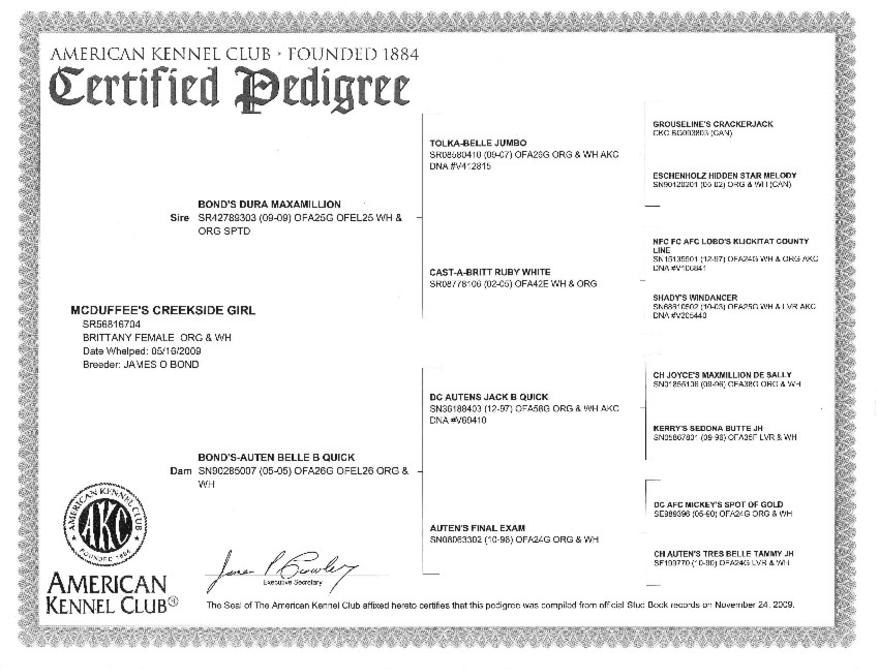 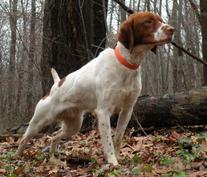 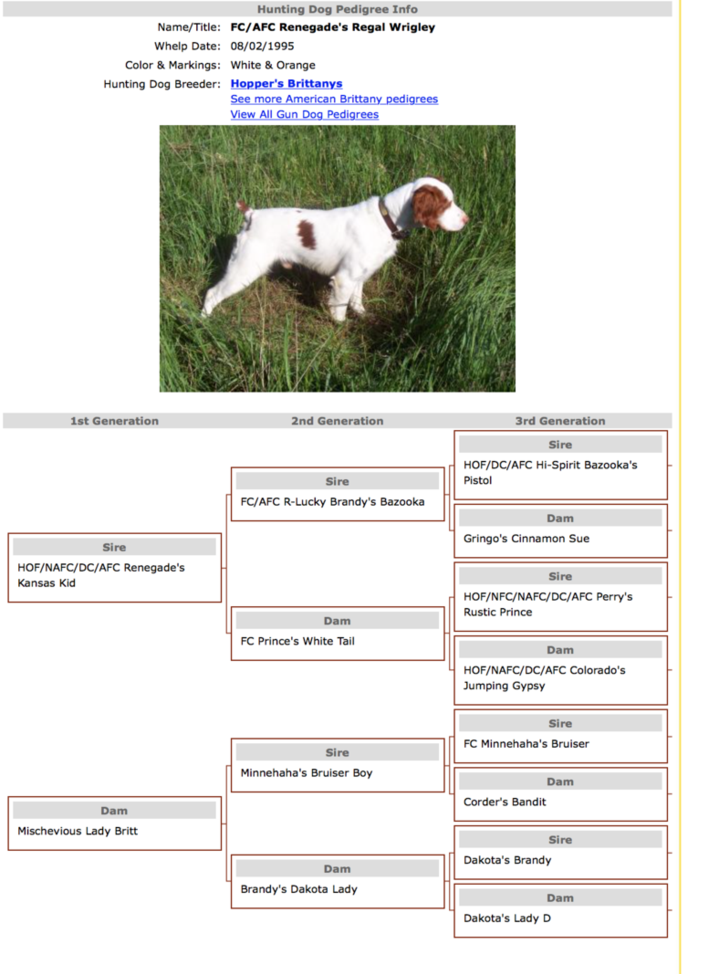 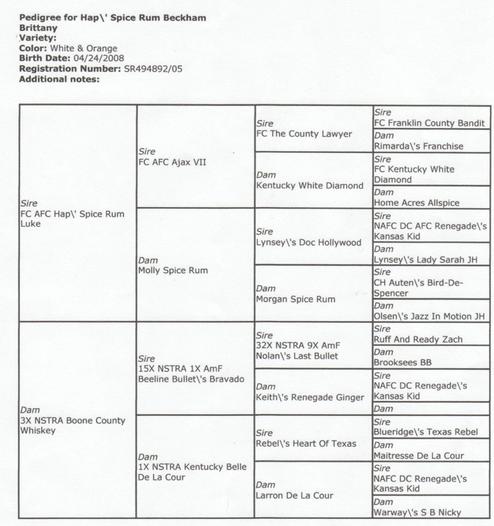 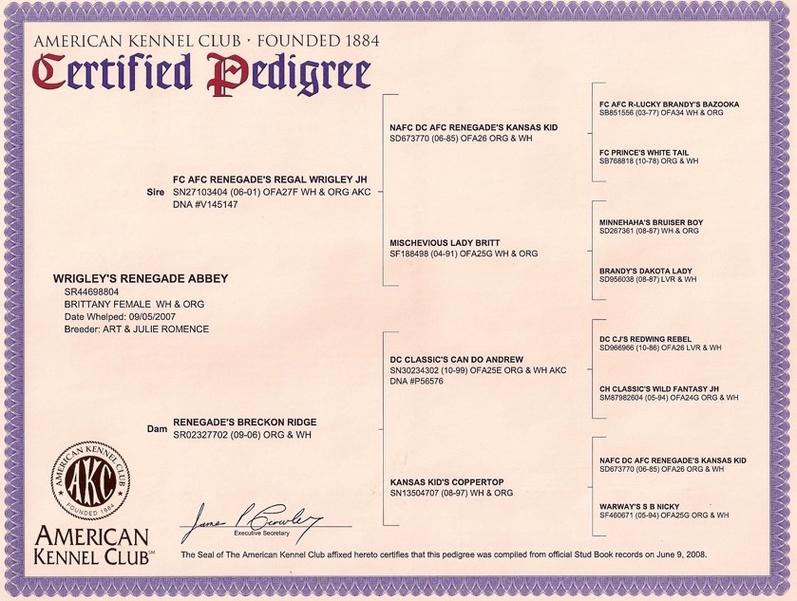 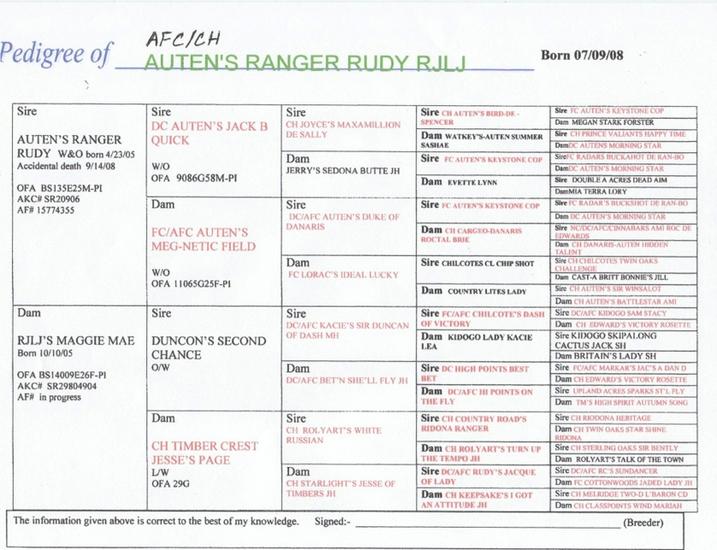 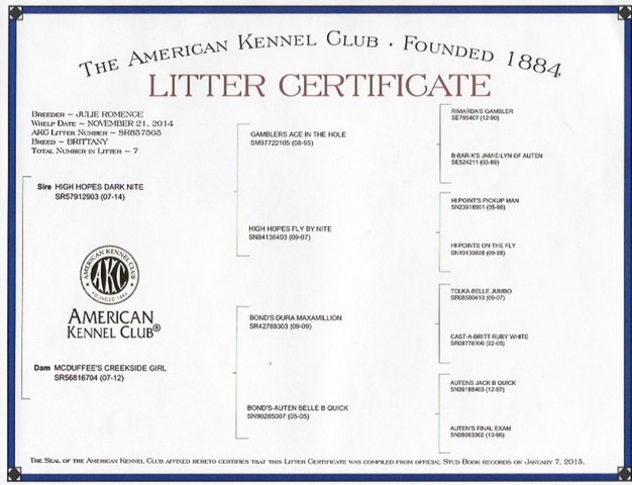 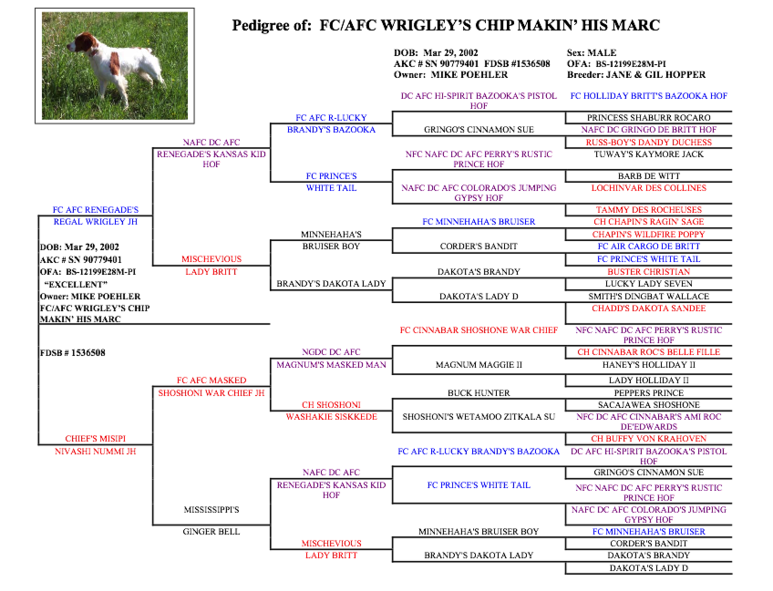 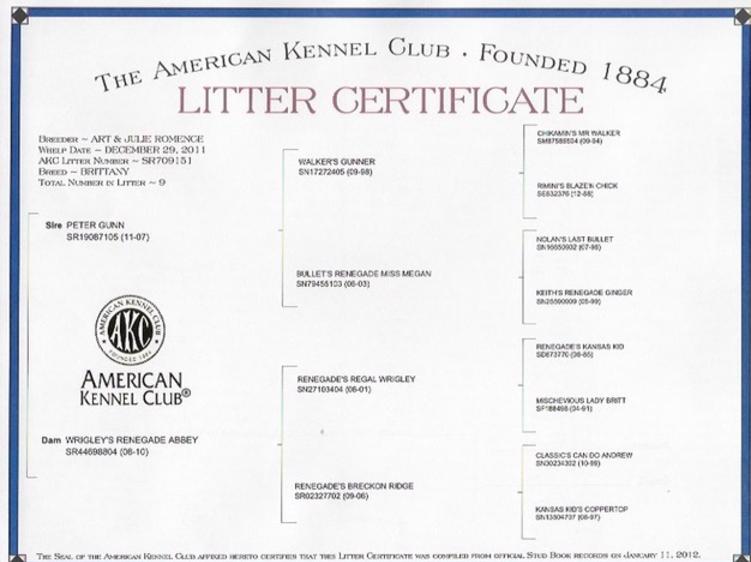 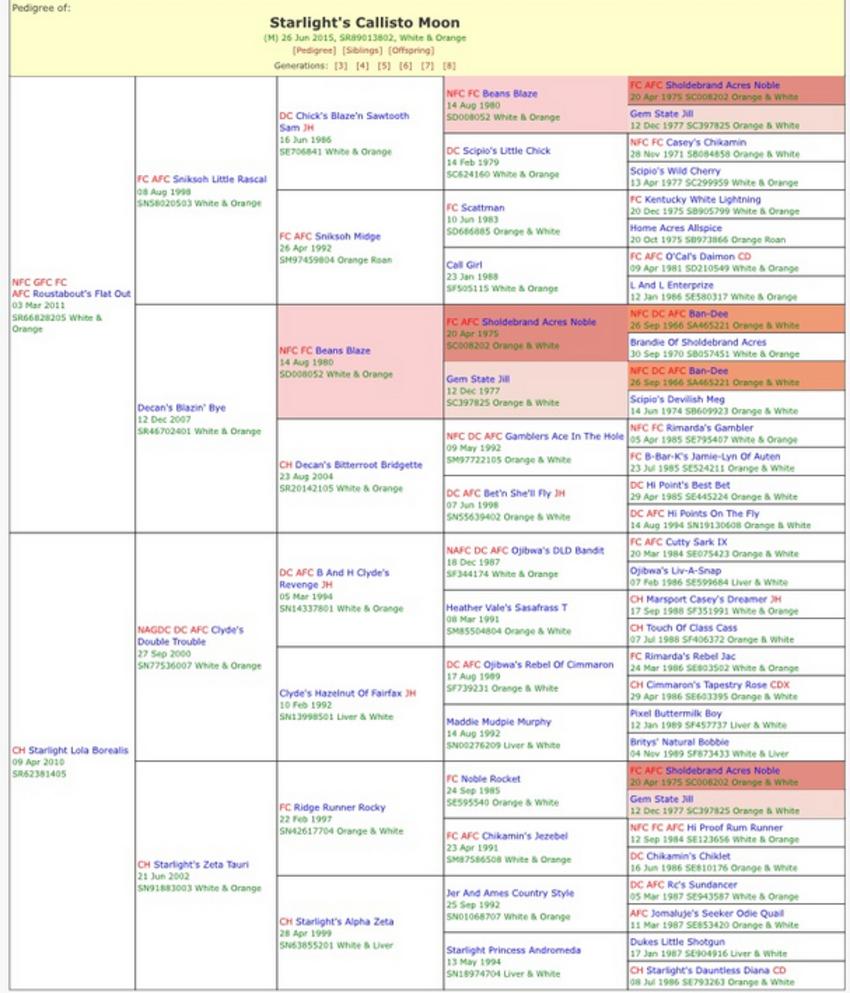 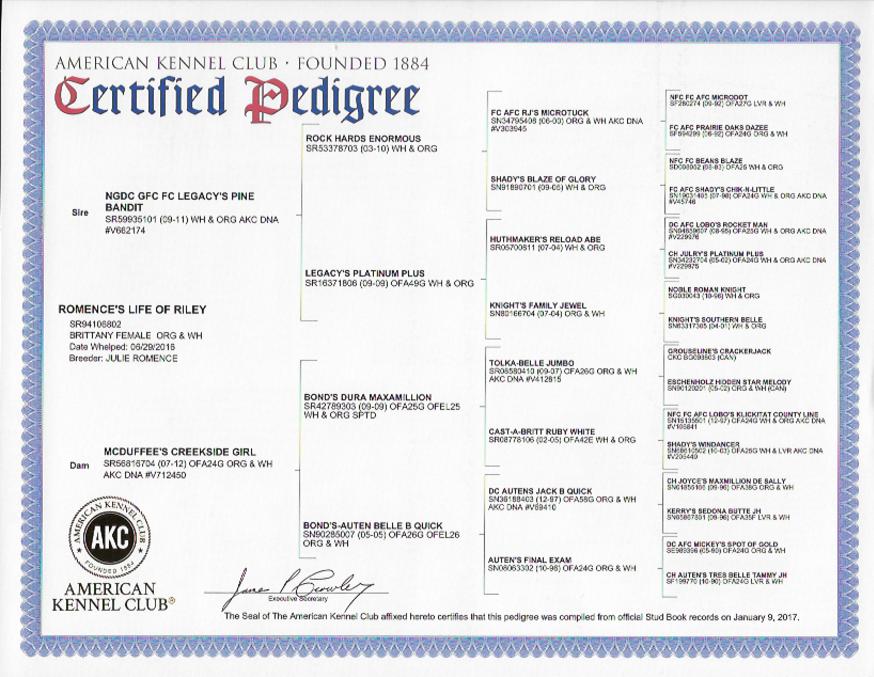