​Red is from our Abbey/NGDC/NAGDC/FC/AFC Peter Gunn litter.  She is seven years old.  She loves everyone and everything!  Especially if it involves hunting!!  A real sweetheart!  Her first time in N. Dakota,, she learned how to pin a wild pheasant and made a 70 yard water retrieve!  We are expecting great hunting seasons with her!  She had another great Dakota trip this year.  And just for fun, she is learning that agility class is a blast!!  Doing it like a pro!  I just have to keep up with her!

Red is now living in Cheboygan Mich. She is enjoying her breeding retirement in a GREAT home! 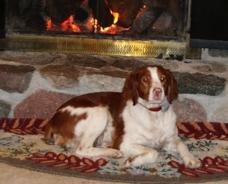 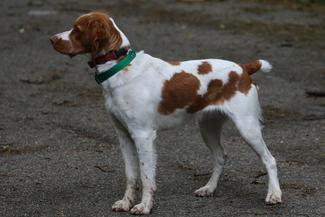 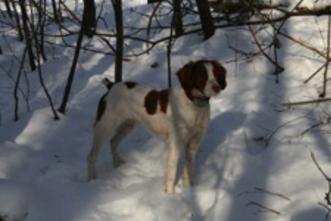 We are going to give her a chance in the field trial world to see if she has what it takes!  I know she is great in the grouse woods, lets see if she can do both! 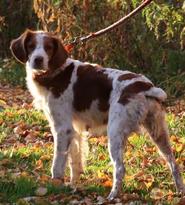 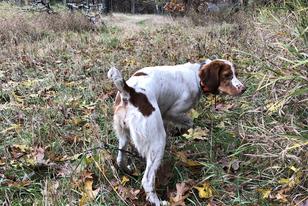 Breckon is now 15 years old.  She was Runner Up MUCC Gun Dog of the Year 2005.  She is the Grand Daughter of HOF Renegades Kansas Kid.
She has been a wonderful hunting dog and family companion. 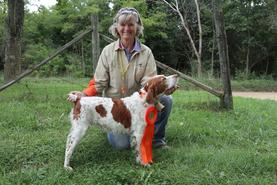 Abbey is a beautiful loving girl that is very biddable.  She is 12 years old and still acts like a puppy!  She listens well in the field and I very rarely have to call to her.  She checks back often and is a joy to hunt with.  Her favorite place at home is in someones lap. Abbey's sire is 5x American Field Champion, Renegade's Regal Wrigley, with Hall of Fame Renegade's Kansas Kid on both sides of her pedigree. .

​Riley is now a three and a half, she has Duffee's great calm temperament and is a sweetheart!  Her sire is National Gun Dog Champion, Legacy's Pine Bandit.  She was trained for grouse hunting by Bruce Minard in Beulla Michigan, but soon proved to be rock steady like her mom, Duffee, and also liked to run!  So we still grouse hunt her, but she is starting to place in Gun Dog Stakes with Bob Burchett.  Very fun dog! 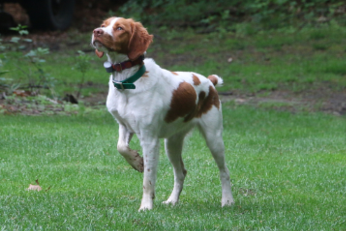 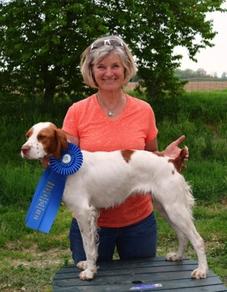 The best way to describe our Duffee is to say that she is an all around great dog!  She is now 9 years old.  She is a natural retriever, an awesome hunter with great heart, is wonderful in the home and incredibly sweet!  Her temperament is very, very calm and she has been an awesome addition to Romence Brittanys.  We are very lucky to have her. 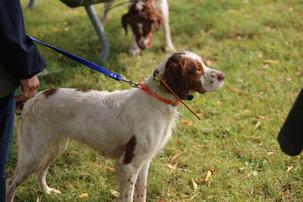 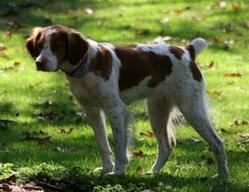 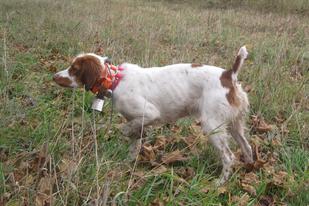 Tess is our field trial girl. She is a Duffee puppy with a great calm personality and a great disire to run! She is handled by pro trainer, Bob Burchett.  We are having a great time watching her run in All-Age stakes at Field Trials.  She has many placements including a First in the OAA at the Pennsylvania Brittany Club Trail and a 4th at the International Brittany Classic, Open limited All Age.  Also had a big win in Derby stakes as a two year old at the Michigan Grouse Championship. 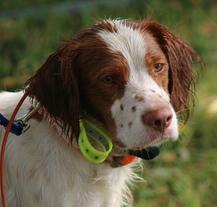 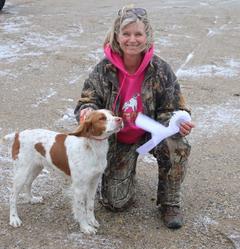 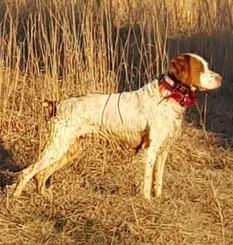 Sadie is Riley's Sister, and also has Duffee's great calm temperament and is a sweetheart!  Her sire is National Gun Dog Champion, Legacy's Pine Bandit.  She is being trained for grouse hunting by Bruce Minard in Beulla Michigan, She came to live with us at three years old with little training, but is proving that when the genetics are right, all is good! 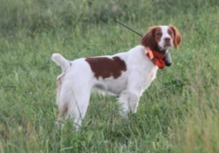 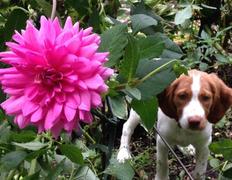 Cheboygan Michigan with a great family

on their third romence puppy! 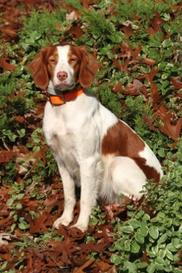 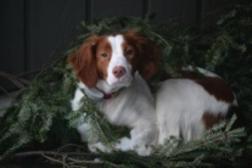